I will never shoot glamour again 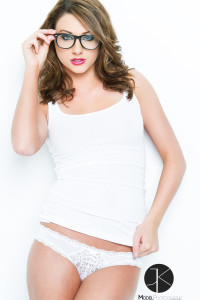 While talking with a new photographer friend, he said “This is why I’ll never shoot glamour again” when we were speaking about the drama associated with glamour photography. I heard what he said and couldn’t believe what I was hearing. Now I understand glamour isn’t for everyone and I’m ok with that, but to think someone was bitten by the glamour bug and now hates it bothers me.

I was posting saying that I had some drama going on. Drama isn’t anything new to glamour photographers, more so than fashion photographers, but I had some. He said this was exactly why he would never shoot glamour again, dramatic, childish behavior on part of the model. He said it wasn’t worth it. I got emails from several other friends that were glamour guys that moved on to other styles of photography to avoid it all. I was stumped. There’s always drama with glamour, so why allow this to break you?

I have noticed that a many photographer friends have been shying away from glamour work. I have a few guys local to me here in CO who are tired of the drama glamour brings. They are continuing to shoot it but their interest is falling. A good friend and mentor of mines, David Hickey, has expressed his major decline in shooting glamour. For him, he has lots of local OC/LA photographers that are gossiping and causing him drama. David is the most laid back, chill photographer EVER, so for him to lose interest is huge.