Where I have been

Way too long time no see huh? I apologize for that! I have a couple of excuses and I think they’re good ones.

Where I have been:

Everywhere and no where! I think I’ll break each main ideal into different segments. This way, you can look for one that interests you the most.

Reflection: I took the first part of the year to really reflect on my photographic career. Have I done everything I intended on doing? Did I live up to my expectations? Did I improve over what I did last year? Most of those answers were yes. Why? Simple, I wasn’t shooting much 2012. Made a TERRIBLE decision to move back to the Midwest and hated every moment of it.  So end of 2012 I moved back and just ended that time reflecting. 2013 saw me going to new states to teach more one on one photography as well as work on gaining more commercial clients.

Workshops: I’ve retired from teaching workshops sadly. I just don’t have the passion to do it anymore. All of my loyal students were great, but sadly it was the GWC’s that were there only to shoot T&A and not improve their photographic game that killed it for me. I have always wanted to make a difference in the photographic world. Towards the end, I felt the difference I made was not making a positive change, but allowing those with intentions other than my own an easy outlet.

Website: I took my radiant desire portfolio page down! I moved on to other things, bigger and better things that I will expound on next, but it involved me taking Radiant Desire off line! RD if you don’t know, was my online portfolio site. It showcased much of my early works (circa 2001-2010). During that time I had a LOT of girls who just wanted Myspace/Facebook pretty images. They loved the shoot and came back. I ended up with THOUSANDS of photos of them and people asking me where they can see more. No way would I release 4k photos of one person so a friend of mine returned me to my roots and assisted me in putting up a pay site. This venture took place starting in 2011 (Around the time I got sick) so I messed up and had some people in there I didn’t mean (Sorry to you guys). I had a few girls who were the biggest users complain the most. They and a GWC created a post about me on a gossip site. They used that gossip to try and hurt my business. At first I was super angry, but I ended up with MORE work from that than I’ve had in years! I was discussing it on facebook and one of my good buddies said “Wait, they don’t want their nudes behind a pay link, they want it posted on the net where anyone can see?” I guess so friend! The site started to make a lot in sales and that was never my goal. I started working on taking it down. Not because of the gossip site post, but because I got a better offer!

Glamour Model Magazine: Mid 2013 I was invited and accepted the opportunity to work with a new ezine! Now if you know me, I’ve said for years that Ezines (Electronic Magazines) were not legit, blah blah blah. At THAT time I was correct in my assessment. As time pass, technology has taken over and the world is becoming more “Green” and with that, phones, cellular phones, are becoming larger and doing more. Gone are the days of a tablet such as Ipad or Tab, replaced are “Phablets”. Phablets are phones that equal a small tablet. I personally rock a Samsung Galaxy Note 3 and as a result, I find myself looking more on my phone for inspiration photos, than I do paper magazines. Many magazines and newspapers are going out of paper print and going exclusively digital or e-zine. I am a traditionalist at heart, but it’s time for me to convert and be ahead of the times vs behind them. I still do submit to paper magazines, I’ve only included more digital or ezine submissions as well. Just recently, I’ve moved into a more authoritative position with the ezine and in talks with either purchasing outright or becoming a partner! I am excited with the opportunities this will bring me and hope you stick around for the ride.

Personal work: Having a family to raise, I’ve been guilty of losing my love of photography. I never thought nor wanted photography to become a job, wanted it to pay bills and help me live comfortably. Photography has been AMAZING to me! But in an effort to stay above the curve, I’ve not shot any personal work. My goal the last two months of 2013 was to start shooting once a week, personal work that was for ME. Return to my roots of just shooting and enjoying myself. Less making sure I capture great moments, more letting great moments happen and using them for inspiration! My daughter has expressed an interest in photography so I started her out like her old man; film camera and nature walks. Here’s a photo taken on one of our walks: 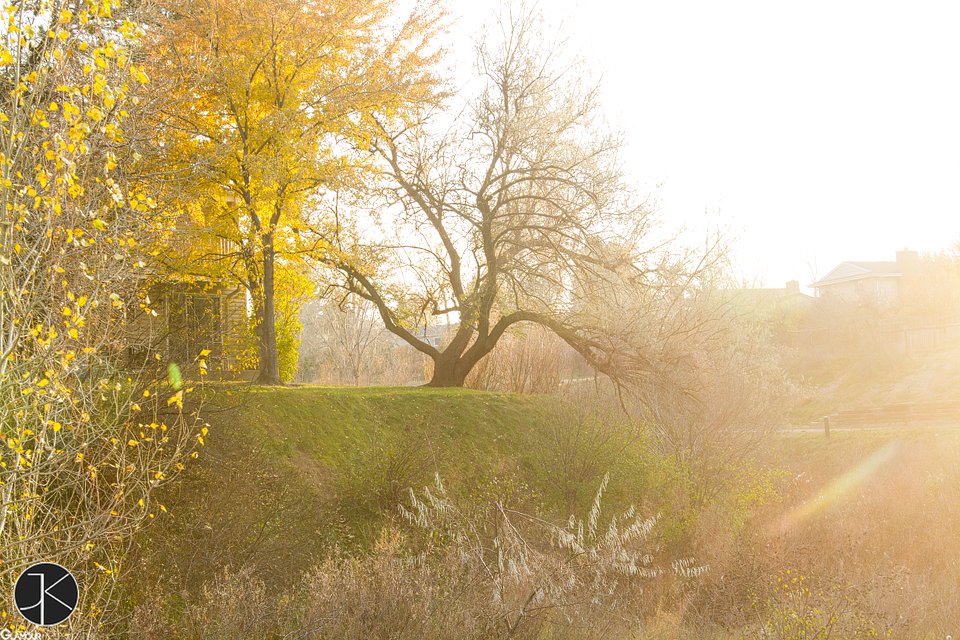 Professional Work: Meh, that won’t change much lol. Taking on more commercial clients. Early November saw me spend a week in California reconnecting with some old clients. I did my due diligence and made sure they were still in business. It was nice to put faces to email addresses. Made a few new clients. I’m making more of a mental note to stay away from those who want to be models. Now that DSLR’s are sub $1,000, everyone is a pro photog and everyone is a professional model. I’m tired of competing with those who shouldn’t be in the industry. Now it’s not my place or call to say who should and shouldn’t be, but they know who they are. The wannabe models and photogs are the ones who started my gossip post! I’m currently contracted to shoot some website content as well as for some major supply companies. That’s meh work, but bills = paid 😉

I’m out of ideals!: After seven years of blogging, I’m out of ideals! I want to hear from you, the viewers! What do you want me to blog about? What do you want my take on? At the start I did this blog for myself, a memoir of sorts. It has morphed into something lots of people learn from and now I’m asking you, what do YOU want me to blog about? A large part of the reason there hasn’t been any posts here is I’m all talked out. I’ve covered a lot in my seven years. Anything new from me would be a different way of doing something I’ve already posted. Feel free to comment or shoot me an email letting me know what you want covered! Nothing is taboo for me!

I look forward to hearing from you!