The sad truth about tattoos and modeling 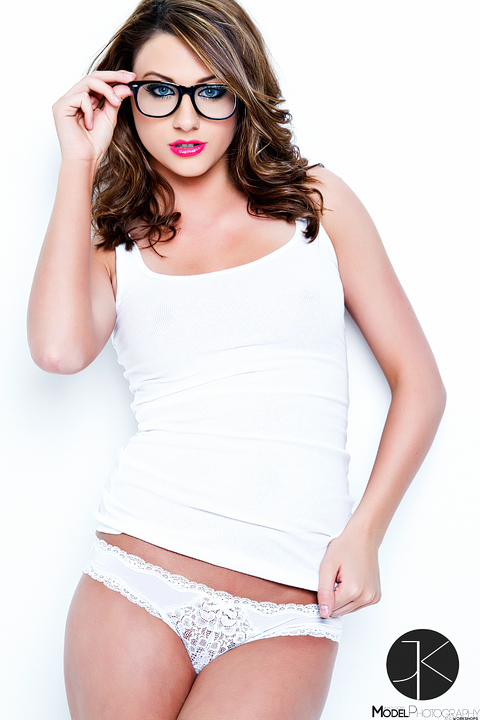 I know it’s the new thing, the new desire, new want and must have.

Tattoos. A form of self expression and someones G*D given right to get them if they want. I would never tell someone to get or not get a tattoo, but I would advise them to look at others in the industry they want to be part of and model themselves after those people.

Now I know this blog post won’t be a popular one because I will not be speaking positively amazingly happy-go-lucky about tattoos, but I will be giving you an honest, hard and fresh look at tattoos and how they work with and against models in our industry. What is my personal opinion about tattoos? I will let you know later. For now, lets get to the gettin!

Tattoos are not new, not by a long shot. They aren’t famous now, they are trendy now. Roughly 5,000 years ago, tattoos were worn to state many things; Tribe status, Medical healing, Warrior fear, etc. While the tattos of 5k years ago weren’t as colorful and exciting as today’s tattoos, they did stand to let others know many things. Tattoos were worn to denote King and even Queens, Medicine men, Elders and for Warriors, scary ones to help intimidate would be tribe attackers. As time progressed, they moved from things of “importance” to decorations and eventually, artistic forms of self expression.

While many people have tattoos for their own reasons, over the past 6 decades tattoos have turned into something…bad. In the 1950’s, only “Bad” boys and girls had tattoos. This was because inking the body was bad and anyone who would do such a thing was a rebel, someone who couldn’t be controlled. This person was considered a vagrant of society and was looked down upon. It was around this time that Society as a whole started shaping and Baby boomers were starting to take over the world and make changes. Growing up with the “tattoos are bad” philosophy, Baby Boomers shied away from them. Now don’t get me wrong, once in Vietnam many of our solders got tattoos, but that was more of a brotherhood thing. Today, lots of our military still get tattoos of their platoon, unit or what not. The Baby Boomers that didn’t go to Vietnam were again back here setting standards and one of those was to continue on with their parents belief that tattoos were “trashy” not something a “proper young man” would get.

“How does this affect the modeling industry, Jay?”

Glad you asked! The Baby-Boomers are still running the world. While they are all older and moving on to greener pastures in the sky, they are still in control of a lot of the old foundations and institutions of the world and one of those institutions is the modeling world, the Fashion world to be more precise. To be a Fashion Model, one must meet certain requirements (Age, Height, Weight, Look, etc) and one unwritten and some are written rules of little to no tattoos. There are some models and wannabe models who get very angry when I say this. As with the height thing, this is something that the industry goes with and until there are major changes, it will just be.

Let’s be BRUTALLY honest here; those with tattoos, and a large number of tattoos, will find less paying work as models. Why? simple, clients don’t want the model to compete with their product. The model is a prop, the product is the star of the shoot. Designers, makers and other clients want a model to wear their clothes/accessories and not interfere. Can you honestly say a model with a Yakuza tattoo could model an Old Navy Shorts and Tank outfit and keep the focus on the clothes? No, they wouldn’t. Now that isn’t to say there’s something wrong with a full body Yakuza tattoo, but people who love tattoos will be enamored by the tattoos, while others who are opposed to tattoos will be looking at how different the person looks, no one is looking at Old Navy’s 2013 Summer catalog. Who’s the winner in this situation? Not the company who paid for the production crew, model, and advertisement. So realistically, what will they get out of it? Let’s go back to the Baby-Boomers again. Remember what we said earlier? They are still running the long standing institutions and to be totally honest, most of the Baby Boomers think people with tattoos are “trashy”. Now I understand that to be harsh, but again remember where they are coming from; WWI/WWII, a clean, wholesome look. When it’s 2:30am and you’re watching NickatNite and watching “Leave it to Beaver” or “Good Times” or “The Waltons” and a personal fave, “Happy Days” how many tattoos do you see there? Not even the Fonz, the ULTIMATE bad boy had a tattoo. He had slick hair and a leather jacket and was an outsider. Exactly my point.

“But Jay, I’ve seen a Super Model with a tattoo”

Adriana Lima, one of the most recognized faces in the world today, has one tattoo. Several fashion magazines refer to her tattoo as being “Large”, when in comparison, small. The tattoo is on her right ankle and for the most part, unobtrusive. 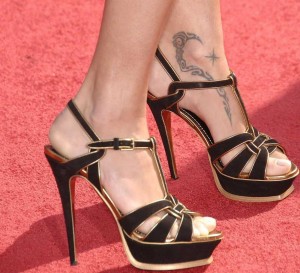 Mrs. Lima is in a position to get tattoos because she’s put in the hard work of making herself known. Once you’re at the SuperModel level, you’re pretty free to make your own rules, as long as they don’t rock too many boats. As a model, you’re selling your looks, that’s it. Yes, you have a brain and you’re incridbilly smart, but your smartness doesn’t convert well over images in a magazine. When looking at Victoria’s Secret catalog, most men and women aren’t thinking “Wow, that Adriana Lima sure is intellegent! Oh! she also has pretty eyes” EVERYONE is looking at her and thinking how beautiful she is and how she wears the VS lingerie rather well.

I am not telling people that if you have tattoos you can’t model. More and more fresh and new clients and magazines are looking for tattoo’d models. But one thing to take into consideration is the life of that client. Because they’re new, are they properly started up? Do they have a five year plan? A simple Mission Statement for their business? These are things a  model should be looking at, for and thinking about while modeling. Not just tatt’d models but ALL models. Also realize that while the Baby-Boomers have control of the long standing foundations, their thinking for the most part, drives everything else. Just today I was at a local bookstore and looking at some of my favorite magazines. I looked at the magazine TATTOO for inspiration and was frustrated that it was locked behind a black cellophane bag to cover up the work. Not only is it on the top shelf that makes the viewer reach for it (subtle hint at shaming the buyer for having to reach for it, then walking to counter with a magazine with black covering) but it’s BEHIND Playboy and Penthouse magazines that also share the black cellophane covering.

To answer the question myself, I will say the following; Do you! I have respect for those who chose to express themselves artistically, as long as there’s a meaning behind what you do. Getting something because all the cool kids have one doesn’t instill confidence in “Generation Y” AKA Generation Millennial” from my point of view. There’s a Quote from Johnny Depp that says:

“My body is my journal, and my tattoos are my story.”

Excellent quote by someone who is a top paid actor in Hollywood. Back when he was trying to make a name for himself on 21JumpStreet, how many tattoos did he have?

Pingback: The sad truth about tattoos II | Glamour by Jay