For most model photographers starting out, shooting nudes is their first stop. Everyone has their own reasons for shooting nudes; some for the truly artistic reasoning, others for the eroticism of it and yet others, because they wanna see t&a.

I could be way off base here, but I think most red blooded males that get into model photography, START it for the pure t&a factor. There’s a guy I know, I had to end my relationship with him because not only was he a user, but because he enjoyed a little too much, shooting nudes. I explained before how he set a model up to come to my studio and when I ended the shoot cause of her tool boyfriend, not less than three minutes of announcing that I was wrapping up the shoot, he had her nude and was firing off shots as if his life depended on his ability to shoot as many images as he can, in as little time possible. I don’t blame the guy, but I do blame his actions.

He’s been shooting for several years and I just found out that he is STILL the same way! He lines up models that shouldn’t be doing nudes, and shoots them nude for the sake of seeing t&a. I’m NOT against shooting nudes, not at all! Even though it’s been a good six or seven months since I’ve shot some, I don’t feel it is the end all, be all of model photography. I know I didn’t feel this way overnight, but now, I feel as if you’re going to shoot them, make it worth both the model AND your time. Don’t shoot t&a because it’s there. Look to do something different, unique. HOT and something you’ll look back on years later and be PROUD that you took it!

I went to Kansas last year to teach a workshop. At the end, I had a nude model come in just to show what can be done with two lights and a naked body. Everyone loves this image, although you don’t get to see anything! 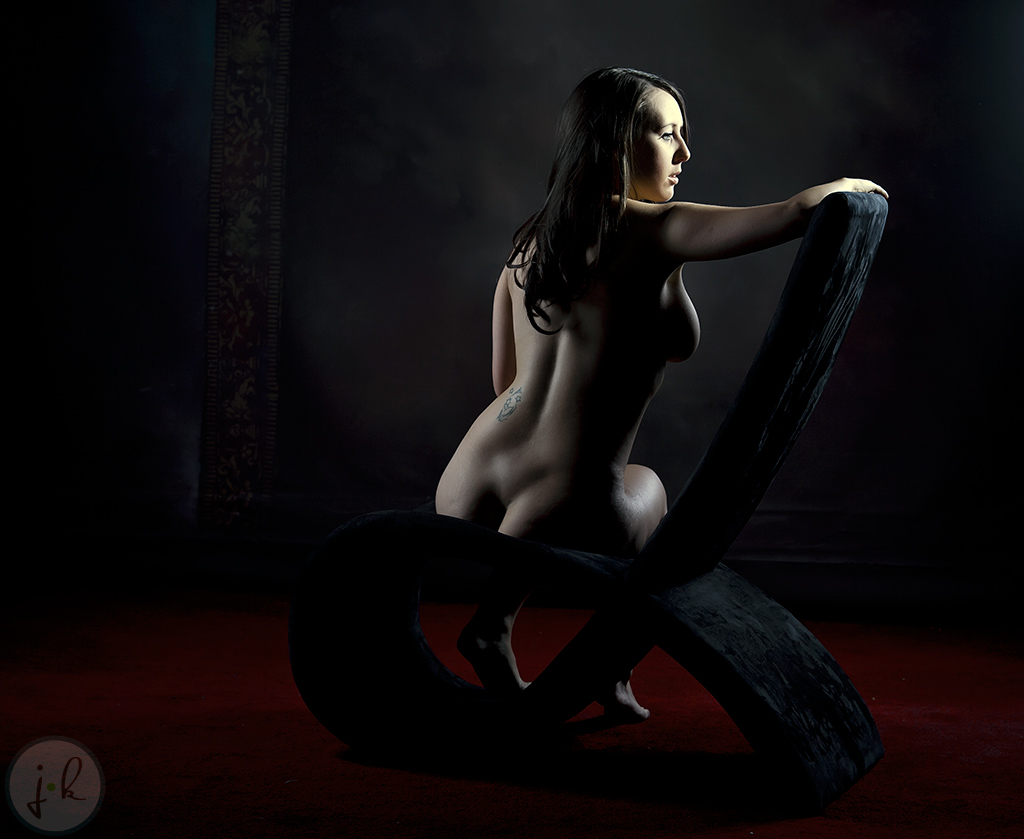 awesome image and very great points, always enjoy reading your posts. Feel the same about much of what you say. Great work anyway.

AWSOME, Classy and any other descriptive words that an old enviouse man can say. Hope I can do as well in time.