A flake as defined by the Merriam-Webster:

: a person who is flaky : oddball
Origin of FLAKE

perhaps from flake out
First Known Use: 1964 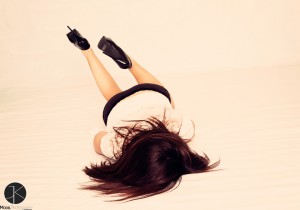 One of the largest, if not THE largest problem with the photography industry today is flakes. Flakes are a thing of the internet modeling world and basically results in someone, model or photographer agreeing to a shoot, and backing out last minute. This is something that hurts the industry as a whole as it forces people to take a position. I’m of the opinion when ever forced with taking a position, someone has already lost out.

For the most part, “flaking out” is part of the online modeling world as most serious models will never flake. For some models this is their job, or what they want to be a job or income earner. If you want to make money you can’t develop the reputation of not showing up to work. Online models are those who see photos and want pretty pictures on their Facebook or what not. They also like the title “Model” since it sounds cool to say “I’m a model”. Now I have no problem with that and not judging anyone, however I do have a problem when it affects people. There are many types of flakes, but the most common are the following:

The I’m so hot, I need someone to protect my body…Sh!t! I can’t find anyone to protect me:
these are the online models who model for the title. They believe they are the only chick that the photographer has seen and thus they need someone to protect their body. Their friend or bodyguard has something going on, or no real interest in hanging out for hours upon hours doing nothing, so they flake. The internet model can’t imagine going some place alone with the rape factor so high, that she doesn’t bother to contact the photographer until the day of-if at all.

The OMG! I got in over my head and don’t know what to do: These are again, mostly the internet wannabe models who are excited for the title model that either they agree to things they KNOW they have no intentions of doing, or has agreed and has no clue how to back out with out losing face. They take the high road and disappear, then get mad when they resurface a week later and you have no interest in shooting them.

The “My just died and I can’t make it”: These are the internet models who dutifully post on facebook how they’re getting “White girl wasted” along with photos and play by play commentary the night before and the morning of kill off their loved one. A few years back I was teaching a workshop and the photographers wanted to know why an advertised model didn’t show. I told them she had contacted me and told me her Grandmother passed. The photog who asked the question said “Odd. Her Grandmother died last week, too” Three other photographers had joined and by the end of the convo, five Grandmothers and three sick dogs were the cause of the model flaking out. These “Models” are friends on fb and updating all the time. If you want to be believed, don’t update facebook or tag yourselves being out at the local club if you’re going to flake. Or better yet, be honest and say “Too smashed to work” You most likely won’t work with photog again, but at least you’ll get SOME positive feedback for honesty.

The I don’t have : I love these ones as well. One of the more recent ones is “I can’t find a babysitter and I’ve been looking since Wednesday!” Your shoot is Friday and you started looking for a babysitter a day and half before your shoot? Take some responsibility and realize other people have lives. Often times, these flakes will contact flake #3 and end up finding someone else to take care of the baby while they go out and get hammered.

Photographers have their fair share of flake excuses from not scouting the location to just being scared to shoot, flaking is flaking.

This hurts the industry because it forces people to make choices. It forces photographers to have a prepaid booking or you wont get on the books. Models will sometimes require a 50% down payment and ALWAYS the party offended will use this as a reason to be more hard lined in their approach.

Bottom line; if you can’t do the work, don’t agree to it. Every time you take a job, photographer or model, it puts someone else who would love to be in your position, out of the chance. Make sure you have ample sleep and energy for the shoot as wasting time is burning money.