I don’t remember when I first came into contact with Amelia! I know it was via facebook and being it was October 2009 I’m assuming it was because of a mutual friend Maeggy. Either way, I remember when she contacted me I thought she was pretty. She was fun and kind of hard core with how mean she was to me. I liked her right away. We had agreed to shoot and set a time for right outside my home. The location has a nice waterfall behind it so we went there to shoot. She showed up with a pretty blonde who wanted to shoot, but wanted me to beg her to shoot. Didn’t happen so she changed into some of Milly’s clothes and jumped in a few photos. I had a fun time shooting her and vowed to do it again soon. She became difficult to reach and after this initial shoot, it had been weeks since I heard from her:

After this shoot her friend added me on Facebook and we talked off and on. I asked her about Amelia and she said she hadn’t heard from her either. I had put a notice up looking for models for my Santa’s Sexy Helpers shoot and surprisingly got an email reply from Amelia. She wanted to be one of the lingerie clad models! I jumped at the chance to shoot her again and wasn’t let down when I saw her. Usually, when there’s a gathering of pretty women there’s bound to be fights. To the best of my knowledge there weren’t any fights and Amelia didn’t seem to care about anyone and how they looked. She gave me a hard time and in return, everyone else started to. I didn’t get many photos from the event but here’s a video of her doing the Stanky Legg and having fun:

That was a craazy night and after shooting for about nine hours straight she told me her and her friend Cassie were leaving. Sad to see them leave, I understood. Little did I know I had 8 hours of shooting left lol. Soon after the End of the Year shootout she contacted me and said she wanted to shoot again. I was just moved into my new studio and welcomed the idea! At the shoot we spoke more and I really got to know her and got a good sense of who she was. Although quiet and observant, she was highly intelligent and focused. More focused on her career and school as most girls her age which made her that much more awesome. I noticed she has an amazing smile but that smile was very guarded. She doesn’t trust easily and she likes less.  Unless you make her mad (in a joking manor) she doesn’t talk much, just takes everything in.

After this shoot she had started working with a local fauxtographer and that was too bad on my part. My attitude at that time was “If they work with him, they don’t know a good photo and not one I should waste time on”. This was early 2010 and I had a chip on my shoulder. I had just come into my own and felt the world owed me. I never explained this to Milly, but I didn’t go out of my way to contact her. I saw the images she took with him and thought they weren’t the best. This had nothing to do with her, all the fauxtographer. She has beautiful golden skin tones, he made her pink and over exposed. After time elapsed, I did talk to her and she explained that she only worked with him once and it was an all day shoot. I felt like a moron for ASSuming, but I did reach out to her! Just over facebook I had kept tabs on her and kept up with her. I spent some time in the hospital and decided that I would be leaving CO. I got a message from Milly that said she wanted to shoot. I had noticed she had worked on her physical appearance and liked them. I also looked at her more recent photos and forgot how beautiful I thought she is! I was excited to shoot her and she surprised me with what we shot!

We shot and got some awesome images! This was January 2012 and I loved the images we created. She was fun, relaxed and even talked more! I found out about her crazy life and noticed she was just as motivated about school and work, if not more so. She dropped the first bomb on me when she told me she always feels “stupid” when she’s shooting. I’ve never heard that before, everyone always says how much fun and empowered they feel when shooting with me, she feels stupid lol. This is why I dig this chick! The last time we shot was November 2012. It was a 50degree day out but she was whining because she was in a bikini and she was sick. Here’s a few photos:

Here’s a video showing how easy it is to work with her:

Amelia is one of my absolute favs and expect to see more of her as the days and months go by! The last time I saw her was December 2012: 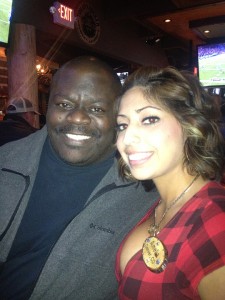