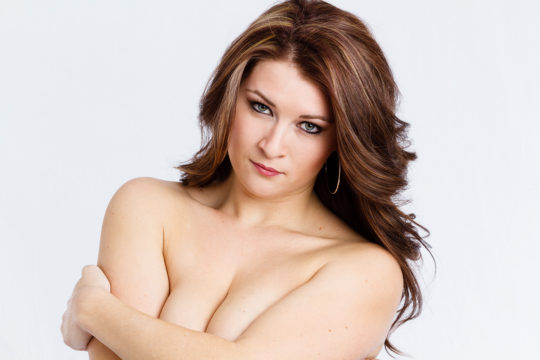 So it’s been a while eh? I have some other posts I’m working on, but figured I’d work with some of what I have already! Jordan Brown Tippett of Boulder, CO is this weeks Meet the Model!

I had met Jordan through a mutual friend Hosnah Safi. Well, I didn’t meet as in introduced, but Jordan was a girl who wanted to “Be a model” and wanted to shoot. She had sent me some images she shot with her friend joking around and I liked her look and body. The images were black and white and her friend was in college for photography, but she appeared to be having fun so the images were natural. She had sent me some selfies as well and told me she was OK with being topless. She may be interested in nude but not at first. I was OK with that since she did have a glamour body.

After some time had passed we had the shoot setup! I was nervous because I always am for every shoot, but ready. The night before she sent me a few more selfies and I noticed something; depending the angle the camera is held, it can hide a lot of things. That being said, I had committed to the shoot and we were going to shoot!  The day of the shoot and after an hour of waiting, I had tore down my set. I have a hard and fast rule of 10 minutes no call = no show. She sat outside my townhome for about an hour blowing my phone up. I ignored each and every call and text for the simple fact if you know you’re going to be late, let someone know. She ended up leaving and that was that.

She showed up on my Facebook friend suggestions, so I added her. Truth be told, I was looking for her BFF as her BFF was absolutely gorgeous! I can’t remember the BFF’s name but I am sad I missed the chance to shoot her! Either way, I added Jordan and we began to talk. Nothing much at first, just “Hey, how’s it going?” Then eventually we started talking about the shoot. I explained what she already knew; my 10 minute late rule and she acknowledged it was an acceptable time frame and she could have let me know. We spoke more after that and I felt the urge to suggest a re-shoot since it appears that’s what she was getting at. She jumped at the offer!

This time, we planned and I gave her several small tests to see if she would show up and she did. We talked and discussed life and goals and I found out she was working as a Nanny for a rich couple in Boulder. They were going to fly her across the country, put her up and take care of the kids. Great deal for her! She was leaving soon and wanted to shoot. She was single and not interested in dating: her “popcorn and beer every night” had her heart. Not understanding why she wasn’t out dating, it wasn’t any of my business so I let it be!

While we shot, we talked about everything under the sun. We discussed her, life goals and how much fun being a Nanny is. I couldn’t do it, but hey, I don’t judge people! She loved it and the family she worked for. We talked about love and life and popcorn and beer.

After the shoot was complete, Jordan asked me to not put any of the full topless ones on facebook. That she didn’t want to be perceived as a “Whore” like most of her other friends who were modeling. I challenged the mentality and advised because one chooses to model one way or another, it doesn’t make them anything other than comfortable with their bodies. 2011 version of slut-shaming. She agreed she came off crass and back pedaled. She said she didn’t care where or how I used them, just not on facebook where people she knew were. I advised her I couldn’t use full on topless images on facebook but I could use the others. She was OK with it and we planned our next shoot. She was comfortable with nude and sent me several selfies and we started to plan that shoot. Then, she disappeared. I had put her out of my mind as I moved on to other people that I enjoyed shooting but got a friend request from her on a different account. I added it and moved on. She clearly wasn’t interested in shooting again and I wasn’t going to beg her.

I created a paysite a few years ago since lots of people ask to see more and more of my images. I had put it up with my photos and videos and lots of people were angry with me. To make the peace  I decided to take the site down. I received even more backlash for taking the site down and was confused lol. Keep it up, I’m bad. Take it down, I’m worse? I had decided I was going to put the site back up and decided to reach out to a few that I had a good relationship with so there wouldn’t be any surprises. I contacted Jordan and she was less than thrilled. Called me every name in the book and told me she was going to sue me. I sent her a copy of her signed model release and her DL info, 2257 info and she said it didn’t matter. That I promised to not use the images. I never said that. She went on and on about they were her images and I offered her the right to buy copyright. This enraged her more because she felt I should give her everything because she’s cute. Sorry sister, you’re not that cute. At all! She has been on a tear telling anyone who will listen that I’m a bad guy. That she took these photos for her husband when in fact, I had taken them a year before she  met her husband. How do I know? When she contacted me recently, she said her husband went through her messages and saw my messages to her and she had to delete me as a friend on facebook. Lies I’m sure, but that’s what she said.

Today, Jordan and I don’t talk. Her last message to me was the cops were going to come to Cali and arrest me because a detective wanted to talk to me and I refused to contact them.

So while Jordan is out lying and bringing me attention, next month when I’m in CO I have booked four shoots that are verified friends of hers. Thank you, Jordan! It means the world to me you’re bringing me clients!

Topless with Jordan Brown Tippett from jay kilgore on Vimeo.