It has been brought to my attention, that I am mean. Ok, I will be honest, I’ve been told this three to four years into becoming a professional photographer. It has always boggled my mind as I happen to think I’m pretty fricken groovy! and nice, and laid back, and most times, a push over. How someone can think I’m mean baffles my mind. Let’s take a look into some of the more recent actions on my behalf, that has caused the responder to call me mean…or worse.

Situation 1: I had worked with a client for about six months. Some paid sessions, some TF* sessions that were things I wanted to try. The rules of the shoot had been laid out for both situations: the client and the trade shoot. Client knew clearly which times she was the payer and which she was the test subject. One of the times she was the payer, she was  20 minutes late. I had her reschedule the session as she had booked a 45 minute shoot and burn session. The next shoot (She had already paid for her shoot and burn session) was a few days later and it was a test session. She was an hour late to that. Partied too hard. She then became upset when I told her I had no more interest in using her for any test gigs since my time was more important on a test session, than pay session. She replied: “You can really be an asshole sometimes.” 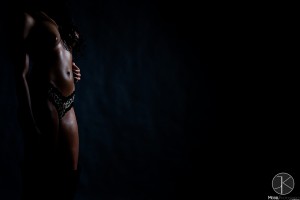 Young lady wanted to desperately shoot nudes. It was all she talked about. She kept asking me why I hadn’t asked her being I’m the glamour guy. I told her it wasn’t my place to ask, but my place to shoot the work we agreed. After about an hour and half of shooting, she suggested she should shoot nudes. I said sure let’s do it. She went on and on about how great it was going to be and the images were going to be awesome. We shot a few and she loved them. She looked a few days after the shoot and loved them more. She wanted me to put the nudes up on various social media sites as well as my portfolio pages and blog. I did so about a week later (we had spoke almost daily as she was “jealous you’re posting all these other beautiful women and not any from my shoot”) and I told her they would run the next week. The images run, the ones she picked out and she emails me asking why I posted them? That she didn’t want them posted.

Situation 3: The young lady had contacted me once and said she wanted to take advantage of a facebook special. The call to action was for the following Friday. She contacted me that Wednesday saying she wouldn’t have the money to that Saturday, if I could extend for her? I said yes, one time exception. She contacts me that Sunday saying she had to work late, that she was with Granma right now and would pay Monday. I told her Monday was fine, but that was the last time. She contacted me Friday of that week saying she would for sure have the money Saturday and would pay asap. I informed her that I couldn’t extend the offer to her anymore and she would have to pay the regular rate. She flew off the handle saying I was trying to cheat her, that I had an ego and was inflexible. That karma would get me for sure and that I had wasted much of her time.

I’m a Type B personality. I’m the middle child. I am designed by birth to try and please people. I hate having people upset with me and as a result, I allow things to go on much further than they should. When I’m giving second and third chances, my brain is screaming “NO! DON’T! DUMMY!” and surely it happens; I regret my choices. As of about 7 years ago, I started to listen more and more to that voice and as a result, I say NO a lot more. As a result, I am exercised as the bad guy. Granted the majority of the people who get upset with me for not giving them the world are the wannabe models or the client who thinks 500.00 should get the the keys to my house, car and family.