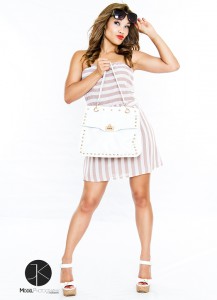 Long time no talk eh? I’ve had some things going on that has honestly, not really had me in the mood for photography, blogging or anything really. I promise to be back and updating more often than every three months lol.

As I’m slowly getting back into the commercial thing, I’ve noticed lots of people don’t like hearing the word “No”. Because they don’t like hearing “No”, it can often taint relationships. I have a good friend who lives in CA shoot a former CO model. Her and I spoke a few years ago about shooting and it never worked out. She moved to CA and has been working with a mid level agency there. She shot with my buddy and apparently they had an agreement that  “No nipples” would be visible. My buddy is a consummate photographer and professional and no nipples were visible. There were however, a bit of areola visible. The model went on to blast him in public and say not nice things about him. In the background she had text’d him and told him to remove the images right now. He was working and unable to do so. This is when she took to the public libel and tried to defame him. This thread went on for a few hours and it had some valuable learning opportunities in it and learning ops for both models and photographers. The biggest point to learn? The ability to say and accept NO.

I speak with a LOT of photographers who have problems saying no to people. These photographers end up in situations they could have avoided if they would simply say “NO“.  Now you’re reading posts from a world class Type-B personality, but being in business has taught me that sometimes I have to say no, other times I say no, but empower the person asking.

I live in CO. I LOVE it here and will never leave. Colorado is a glamour state. This being said, I get models of all heights, shapes and sizes contacting me for shoots. I have ZERO problem shooting ANYONE, however, I will not shoot someone who isn’t genre appropriate. Meaning I will not shoot a 5’6” model in “fashion”. I used to be crass in my explanation; “You are not fashion requirements, so it will be unrealistic to shoot you in a style that you can’t do”. Now I say no but in a nicer way “Sure, we can shoot some fashion themed sets!” They love this and go with it. This way I can shoot them in a style they want to shoot, and I don’t have to worry about them showing friends saying “I’m a fashion model” with my name on the image. This is a creative way of saying “NO” but not doing so in a way that’s negative.

“NO” is often most difficult to hear from the wannabe or new model. They are new to modeling and believe every door is open to them and every opportunity should be afforded them. Sadly, this isn’t the case. It’s like my going to a casting call where they’re looking for a ‘6″2 220lb muscle man in my 5’6″ 280lb frame and being upset I didn’t get reviewed for the casting. Because they want it, they feel everyone who says no is hampering them No can be a good thing! No helps you refocus yourself, realign your position and focus on what you CAN do. When talking to those who have difficult times hearing NO, I refer to Tyra Banks story of her going to several agencies and trying out and being told no. They told her she had too much hips, butt and boobs. She could never be a high fashion model. Did she give up? Did she lash out? No, she found that she was PERFECT for editorial and became one of the most known Victoria’s Secret models ever. To be totally honest, if it weren’t for Tyra, Victoria’s Secret wouldn’t be what it is today. NO helped Tyra focus on what she HAD to offer, not what she LACKED in the industry.

The confrontation between the model and photographer ended with him advising her to contact his lawyer and they lawyer up to resolve their differences. If you’ve read my “So you want to be a model photographer” segment, you will see I believe having a lawyer is the first thing you should do, but differing to them is often expensive. I let the model know that she could have handled the situation a bit better (He was on location and unable to drop what he was doing to remove images from facebook) and to have a bit of patience moving forward. She felt I was attacking her and I moved on.

There are many ways of getting what and to where you want, her actions may not have been the best way.

How do you handle saying “NO”?